What a beautiful tradition it is to bring the outside within our homes at the holidays, featuring trees, wreaths and garlands. Who doesn’t have a photo with the family in front of the Christmas tree?

The choice we make as to whether we buy a real tree or an artificial one does have an impact on the world our birds call home. Manufacturing these trees requires fossil fuels. This means, when they are trashed within a landfill, they will not decay. Overseas manufacturing and shipping processes also leave a large carbon footprint.

Sounds like a real Christmas tree is the most environmentally friendly answer. Grown right here in our state of Michigan, the trees produce oxygen while they are growing as well as sequestering carbon. Tree farms will use the same spaces to plant again after harvest, a sustainable way to farm.

If you are buying a real tree, there are some important factors to consider. 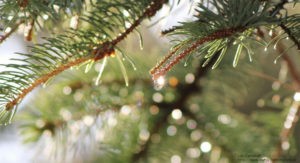 Ask your retailer these questions or research about their farm or shop – do they follow Integrated Pest Management practices and avoid the use of pesticides when possible, and do they practice water conservation?

Just as we have experienced with firewood, real trees used at the holiday can harbor non-native invasive pests. Trees that are grown in one area and then transported to be sold in another area may spread invasive pests such as gypsy moths, balsam woolly adelgid and Phytophthora ramorum, the fungus-like pathogen that causes sudden oak death.

The best way to minimize the chance of introducing a new pest to your neighborhood is by getting a locally sourced tree. Follow these tips:

And once you are done with the tree, place it in the yard as shelter for your Cardinals. After all, nothing looks better on an evergreen than a Cardinal! 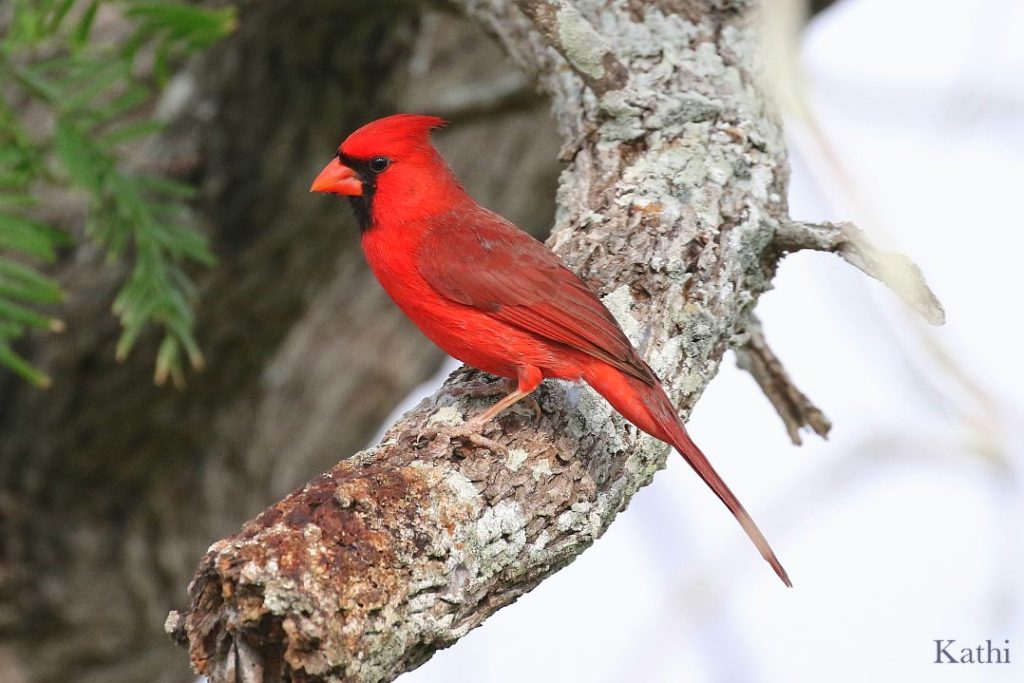 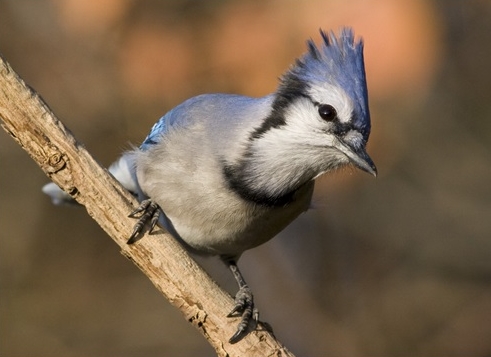 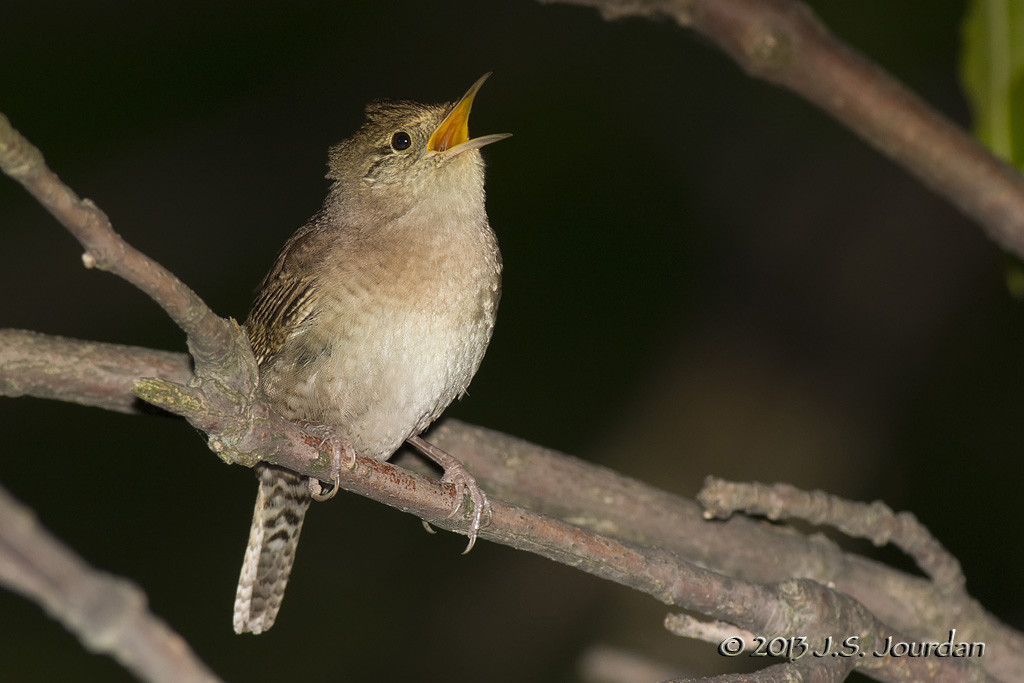 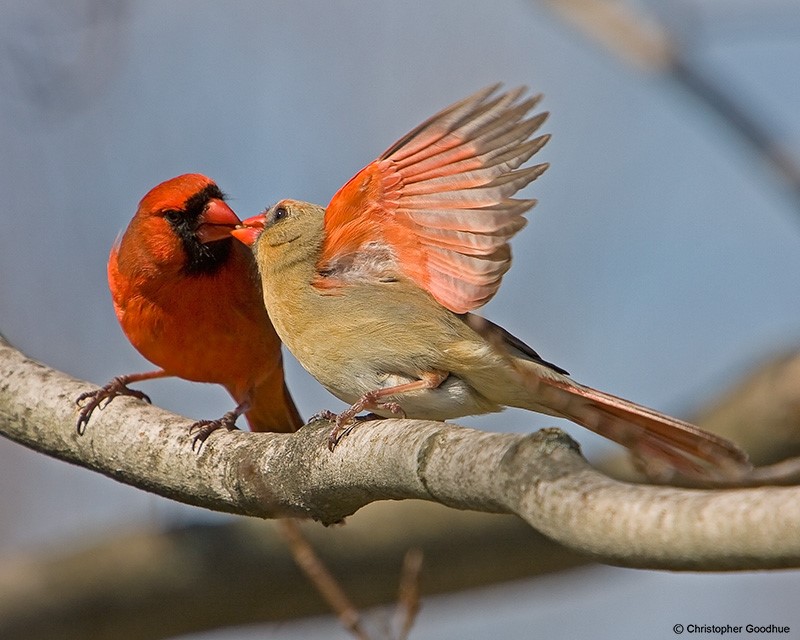 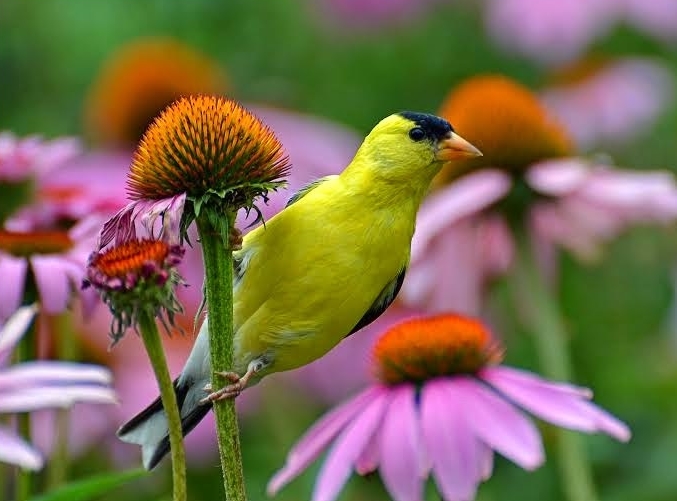 If we’re lucky, we can hear two male Cardinals calling in tandem in a hormonal duel. Unlike many other songbirds, the females also sing. Often in response to the song the male initiates, the female will sing from the nest. Many times, her song is longer and more complex than the male’s! During nesting season, this is her way of asking her mate for food, as she is the sole incubator and does not leave the nest. Cardinals have an amazing physiology within their syrinx which allows for their complex song. Click here for a link to recordings and explanations.

Northern Cardinals appeared in Michigan in the late 1800’s, expanding their range due to deforestation. Cardinals prefer the opening of forest edges as well as low shrubs, so our yards make great habitat for these birds! 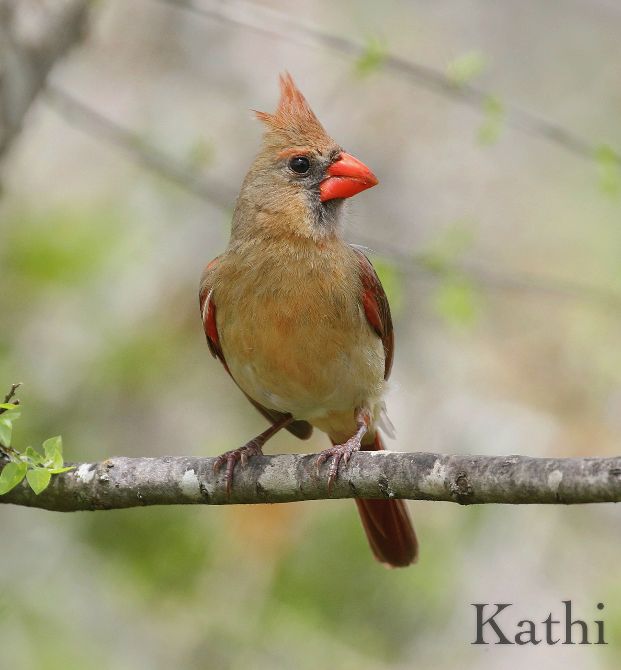 The female Cardinal is responsible for nest building. She bends twigs around her body and uses her feet to push them into a cup shape. There are four layers to the nest including: coarse twigs, a mat of leaves, thin bark, and a soft top layer of grasses, rootlets and pine needles.

In Michigan, Northern Cardinals start to nest in mid-April, laying 2 to 4 eggs. Incubation takes up to two weeks. After hatching, the young stay in the nest another few weeks fledging. The young are fed protein in the form of caterpillars and other soft-bodied insects. Adults are omnivorous, adding seeds and fruits to their diet of insects. 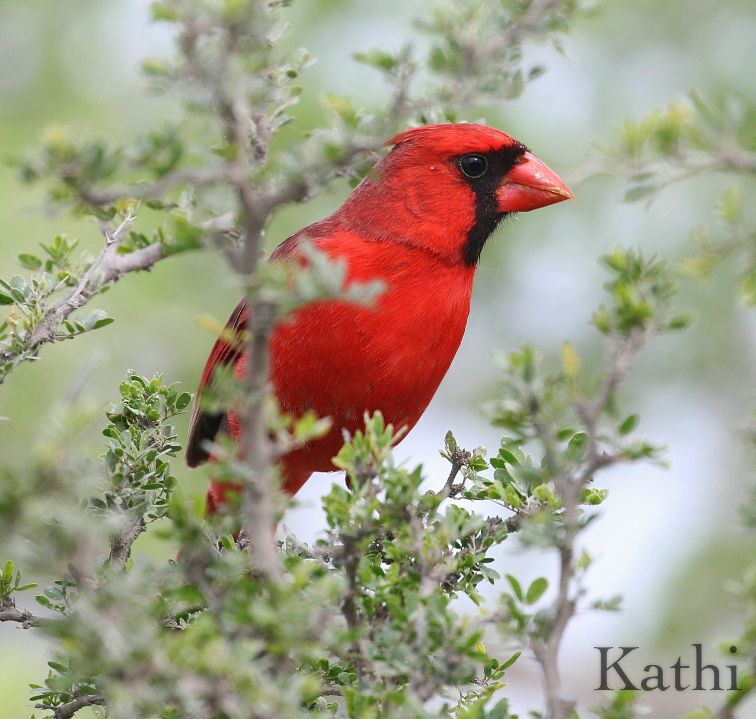 These birds are named for their bright red plumage thought to be reminiscent of the cleric by that name. The have the distinctive honor of being the State Bird of no fewer than seven states, which is more than any other bird.

Another endearing aspect of Cardinals is how the male feeds the female as part of courtship display. This is a change from their behavior in the winter, when it is every bird for itself.

Juvenile Cardinals look like the females, a warm brown with golden overtones, and a lighter belly color, sporting red in their tail feathers,  wings and crest. The difference between female Cardinals and the young is the females have a bright red beak, whereas young birds have a gray/black beak.

The males have a prominent black facial mask larger and more striking than the females’. The beak is a distinctive characteristic in Northern Cardinals. It is very short and robust – a true seed cracking tool. The cardinal holds a seed in the beak, with a crunch down to crack the shell, then a roll of the tongue to rotate the seed until the shell falls away. This leaves the nut “meat” for the bird to consume. This method of eating allows the Cardinals to stay at feeders and eat. Other birds like Chickadees must instead fly off to a perch where they can hold the seed in their feet in order to extricate the edible portion of the seed.

Northern Cardinals are one of the species of birds that are known to attack their reflection in a window or car mirror, repeatedly striking the surface, much to our frustration and dismay. This behavior takes place because the bird believes it is attacking another bird, an intruder in the nesting territory. In order to stop this behavior, block the birds’ reflection on the outside of the window. A product aptly named Stop Bird Attack is sprayed on the outside of the window, easily removed when no longer needed (this product sold at Wild Birds Unlimited in Grosse Pointe Woods). 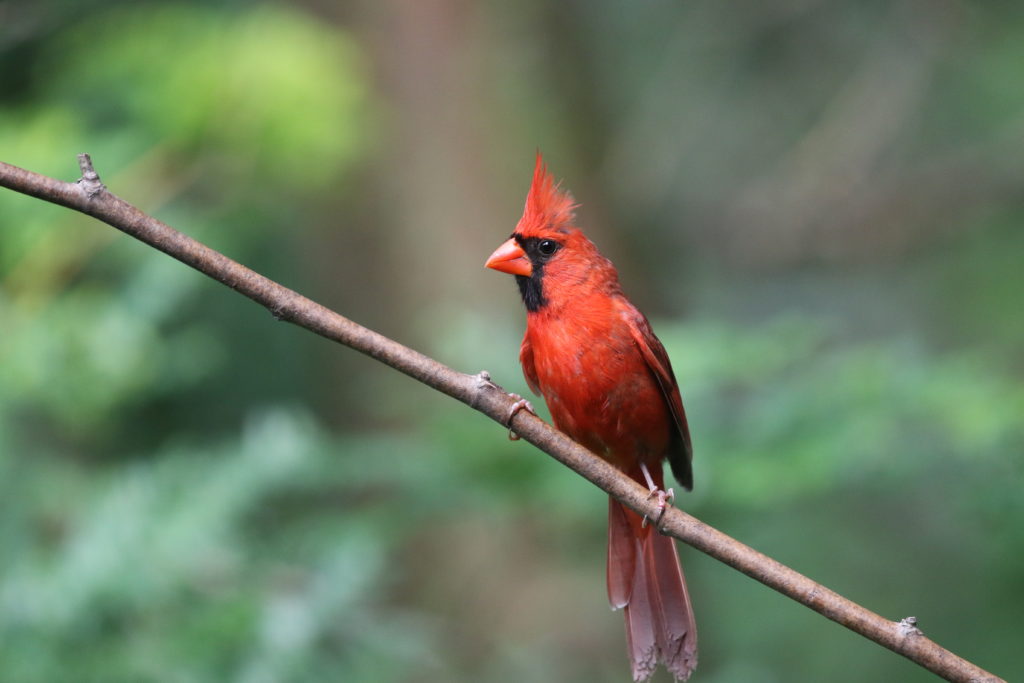 To attract Northern Cardinals, offer black oil sunflower either in or out of the shell, safflower and shelled peanuts. All of these seeds can be place in a hopper feeder with a larger ledge or a tube feeder with an added tray, essential for their body size if they are to reach the feeding ports.

Take a listen for this beautiful songster, filling the days with sound that will lift your spirit.