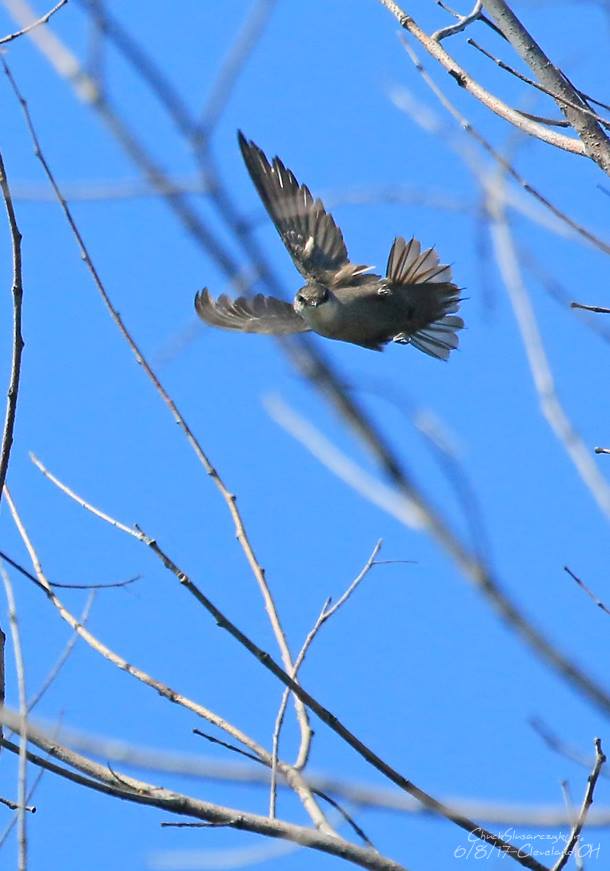 Perhaps one of the happiest sounds in my yard during the warmer months is the chattering of Chimney Swifts as they race by in the sky. Looking like a cigar with sickle-shaped wings, they are usually seen flying in pairs or family groups. (Photo courtesy of Chuck Slusarczyk Jr.)

Their wings quiver in flight, swift and shallow, as they maneuver to catch insects. Feeding “on the wing,” they capture flies, bugs, wasps, and other insects.

Chimney Swifts spend more time flying than other species of birds. They copulate in flight, and drink and bathe in the rain while flying. They do stop flying to sit on eggs and to roost at night for sleep.

Chimney Swifts previously nested in caves and hollow trees. With the advent of chimneys on this continent, they acclimated to this new hollow for nesting purpose as well as using air vents, old wells, silos, barns, lighthouses, sheds and other similar structures.

The nest of a Chimney Swift is a work of art. Both parents contribute to the nest, breaking off small twigs with their feet while flying through branches, and returning to the nest site with the twigs in their bills.  The bird in the photo above is slowing down to be able to break off a twig with its’ beak while in flight.

The nest is a half-saucer of loosely woven twigs, measuring 2 to 3 inches from front to back, 4 inches wide and an inch deep. Remarkably, it is stuck together and cemented to the chimney wall with the bird’s glue-like saliva.  This female below faces the wall of the chimney – you can just see her eye at the far right.  Check out the very stiff tail feathers which are used to hold onto vertical surfaces when the birds are not incubating eggs.  (Photo courtesy of Bruce Dilabio) 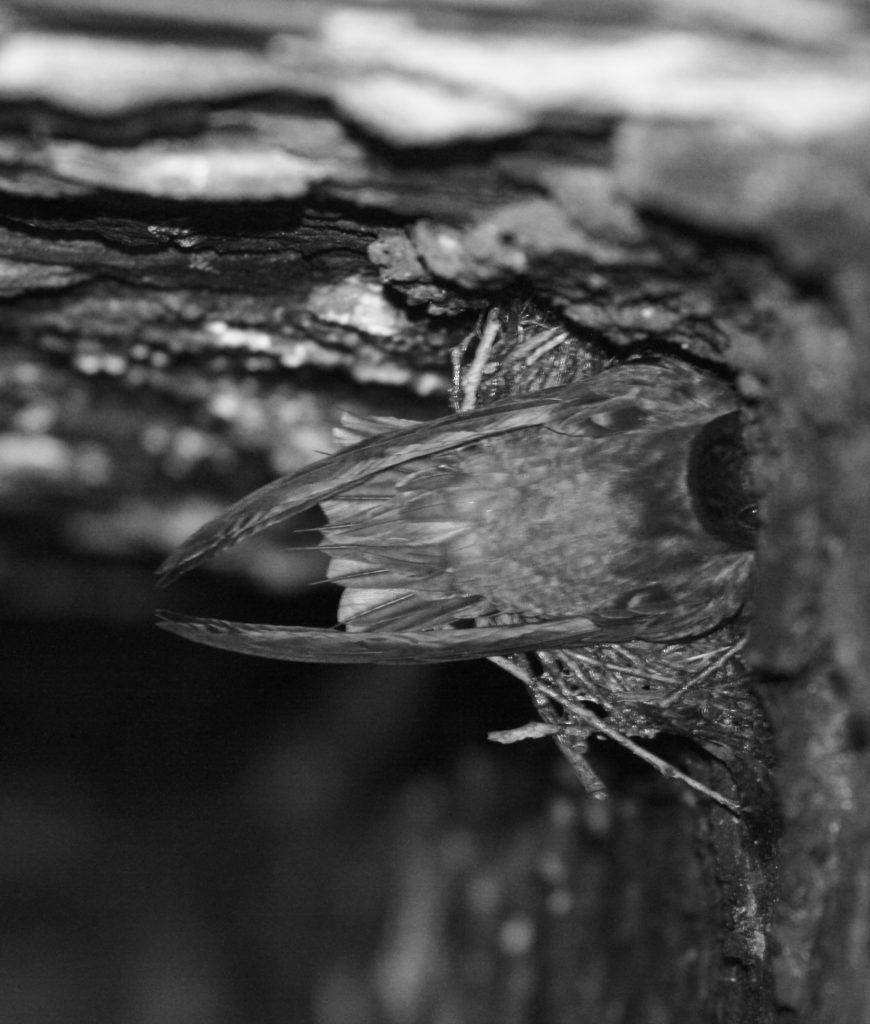 Three to five white eggs are laid with a 16 – 21 day incubation period. The nestlings are born naked and helpless as shown in the photo below. (Photo courtesy of Bruce Dilabio) 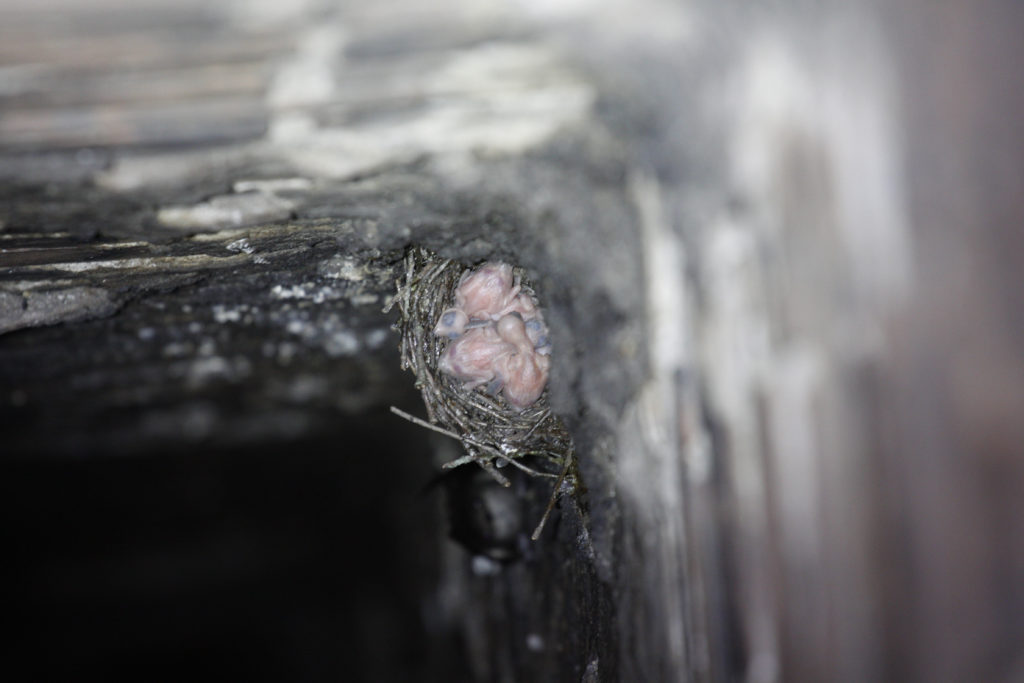 The young outgrow the nest and cling vertically to the walls while the parents continue to feed them for another 14 – 19 days. At that point, they launch themselves out to flight and join their parents.  Shown below, these same nestlings are older but not yet ready to leave the nest.  Look at how they are crowded together and all facing the wall of the chimney. 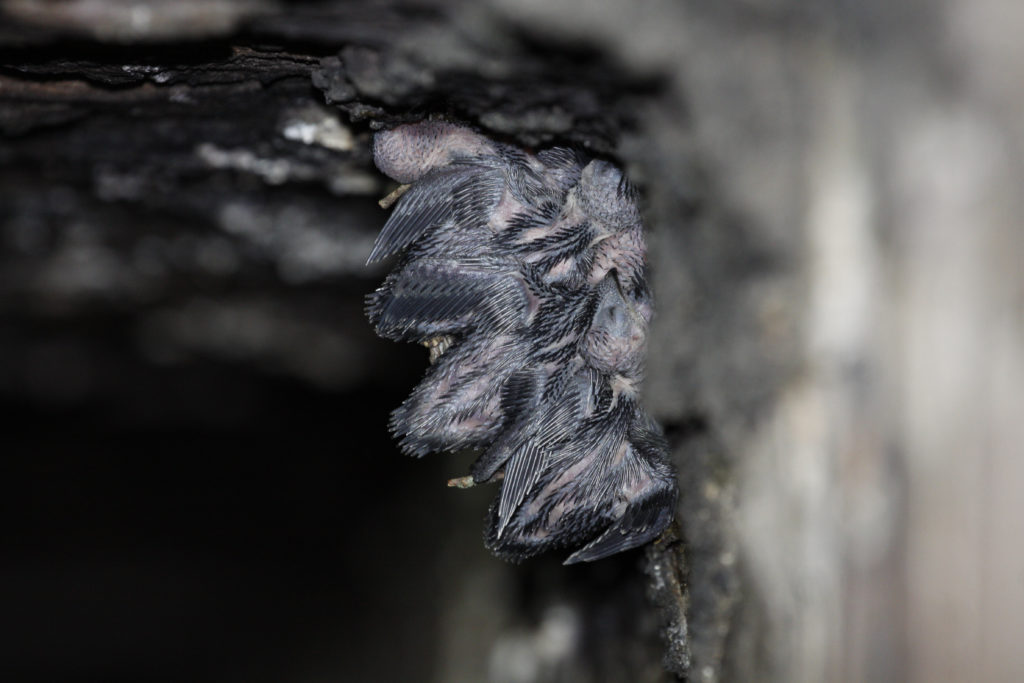 Large numbers of Chimney Swifts roost together in a single chimney during the non-breeding season. During cool nights, the numbers of birds together may raise the temperature inside the roost to 70°F warmer than the outside air.
The largest known Chimney Swift roost in North America is on Grand River in Farmington Hills. There, up to 50,000 swifts can be seen dramatically diving down into the 150 foot chimney stack of the former LaSalle Winery at dusk. Mark your calendar and join Detroit Audubon for “Swifts Night Out” on September 23rd and 24th – See you there! 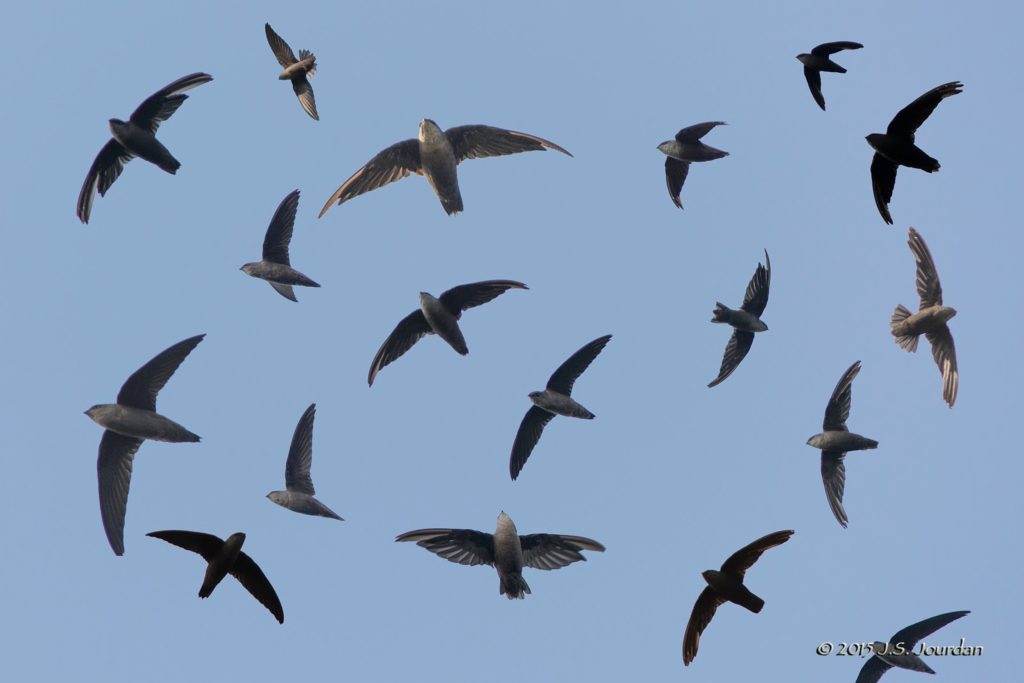 In the meantime, look to the sky and you will certainly be rewarded with the sight of these fascinating birds as they race their way across the sky.