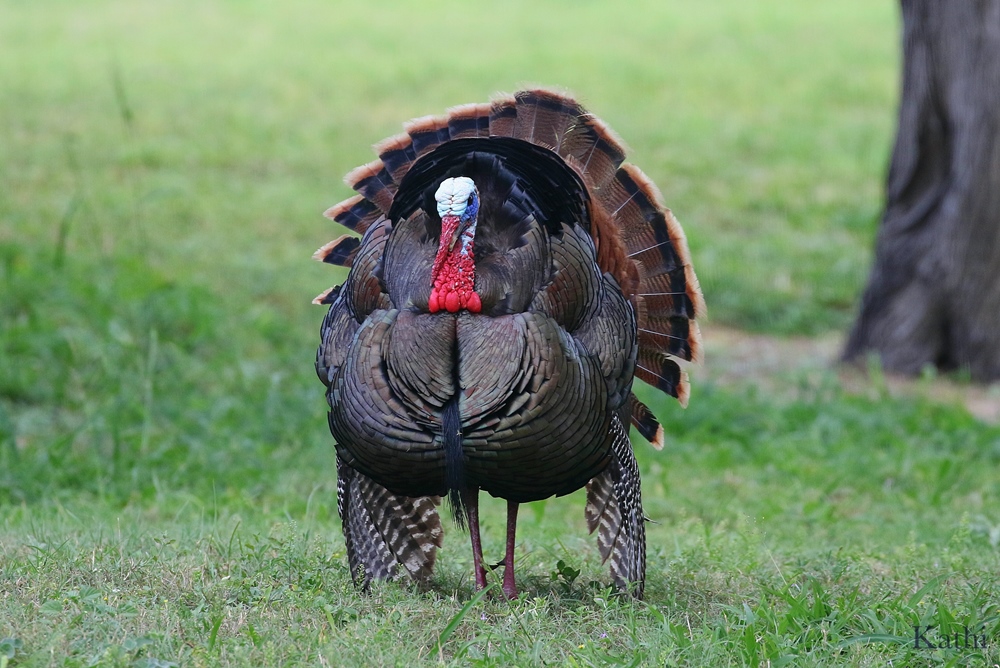 Strutting- this is the action turkeys are associated with most often. Picture those 18 tail feathers fanned out, the slightly iridescent chest and back  feathers puffed up, wings spread away from the body and touching the ground. To make the display even more dramatic, the male turkey will place its head and neck down into an “S” shape and elongate the fleshy snood at the base of the beak. During the strut, the male becomes so excited, the skin on the head and neck, called wattles, become engorged with blood, turning bright red and sometimes obscuring the eyes and beak. All of this is an effort to impress a female so she will choose him and breed with him, carrying his genes forward. Males also use strutting as a dominance display in front of other males. I’ve been a witness to that display, feathers shaking on the dominant male with a telltale rattle, as an attempt to “rattle” his adversary. Males also have a beard of feathers protruding from the chest, sometimes trailing as long as nine inches! 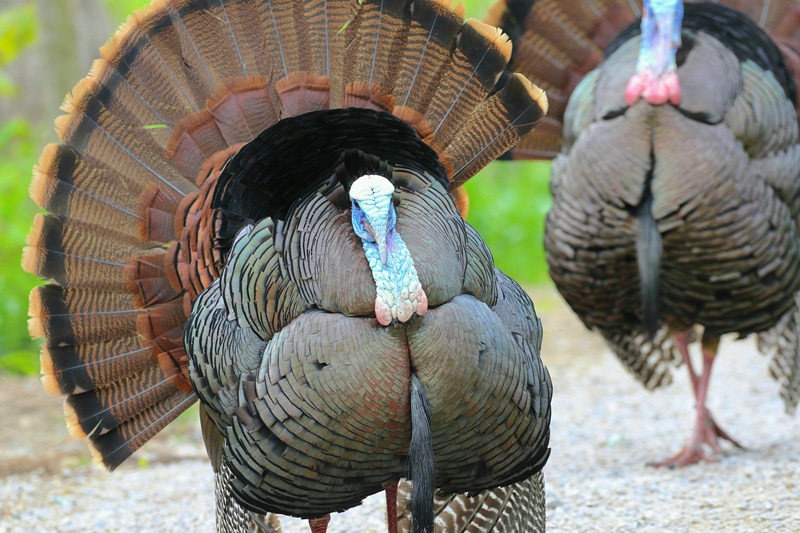 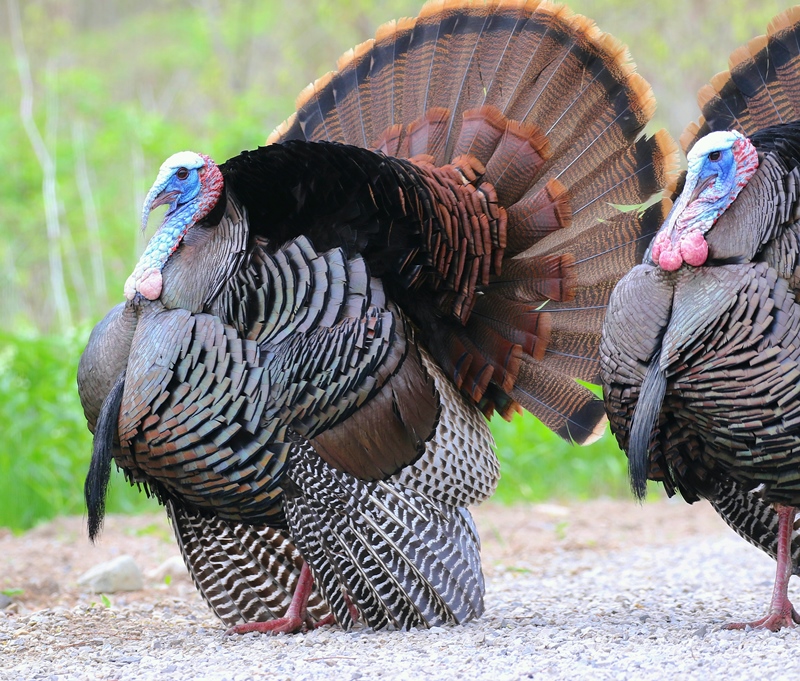 Like most birds, females are far less conspicuous in appearance, as they have the duty of laying eggs and brooding them and must stay concealed to protect the next generation. Turkeys nest on the ground, laying a clutch of nine to 13 eggs. Breeding takes place first and the female lays an egg a day on a scrape on the ground. The hen does not sit on eggs until all have been laid. She is fattening up to endure the task of sitting on eggs for about 28 days. A mid-day break is taken to stretch and consume insects for protein. 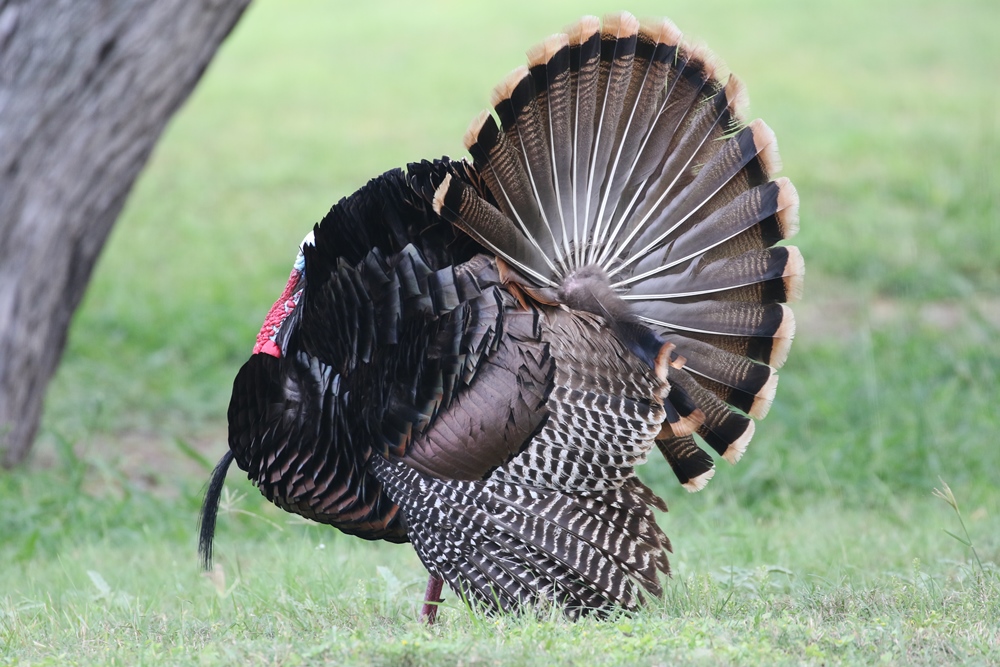 The most important sense for a turkey is vision, followed by hearing. Used for finding food and watching for danger, turkeys have great peripheral vision and with a turn of their head, can achieve 360 degree vision. Hearing is supplemental and comes in handy in poor light conditions and throughout the night.

Michigan has a healthy population of turkeys which is on the rise. They had been extirpated from the state and reintroduced with great success. We now have one of the largest wild turkey populations within the United States! If you’d like to see turkeys, check farm fields and woody edges. Stony Creek Metropark is a great local spot to see them on a reliable basis. Go take a visit and enjoy the beauty of these impressive birds.

Enjoy your birds and have a Happy Thanksgiving!