With the longer daylight hours comes the moment that I anticipate every January – the first day that I hear the Cardinal singing!  This year it was a little later by a few days – on January 25th, instead of my early date of the 19th .  It is a pleasure to linger outside for a few moments before I get into my car, listening for the beautiful notes to greet me in the stillness of the morning. 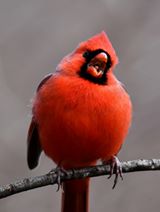 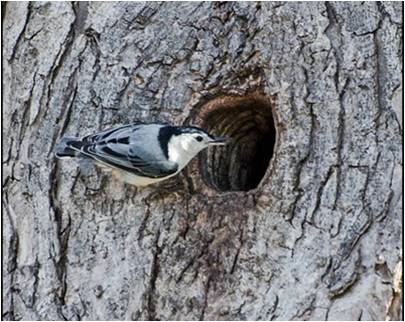 Shortly after smiling over that sweet song, I heard the White-breasted Nuthatch pair calling softly to each other.  As early nesters in our area, they are already pair bonded and keep in touch with their one syllable call notes.

Another favorite I often hear this time of year is Purple Finch.  Notably, this bird sings from the top branches of the neighbor’s birch tree every year about this time.  Could it be the same bird returning year after year?  I never miss it as it is not a common song to my ears at any time of the year.  And each year I grab my binoculars and confirm that this complex song is from my “buddy”, keeping my hearing birding skills challenged once more.

Birds song is prompted by the length of day, the sunlight causing a hormonal response.  We may think of song as “happiness”.  In actuality, male birds sing to define the boundaries of their proposed territory.  This also has the effect of letting the females know that the territory is ready for her when mating time is at hand.  For Cardinals, nesting time will be April in Michigan. 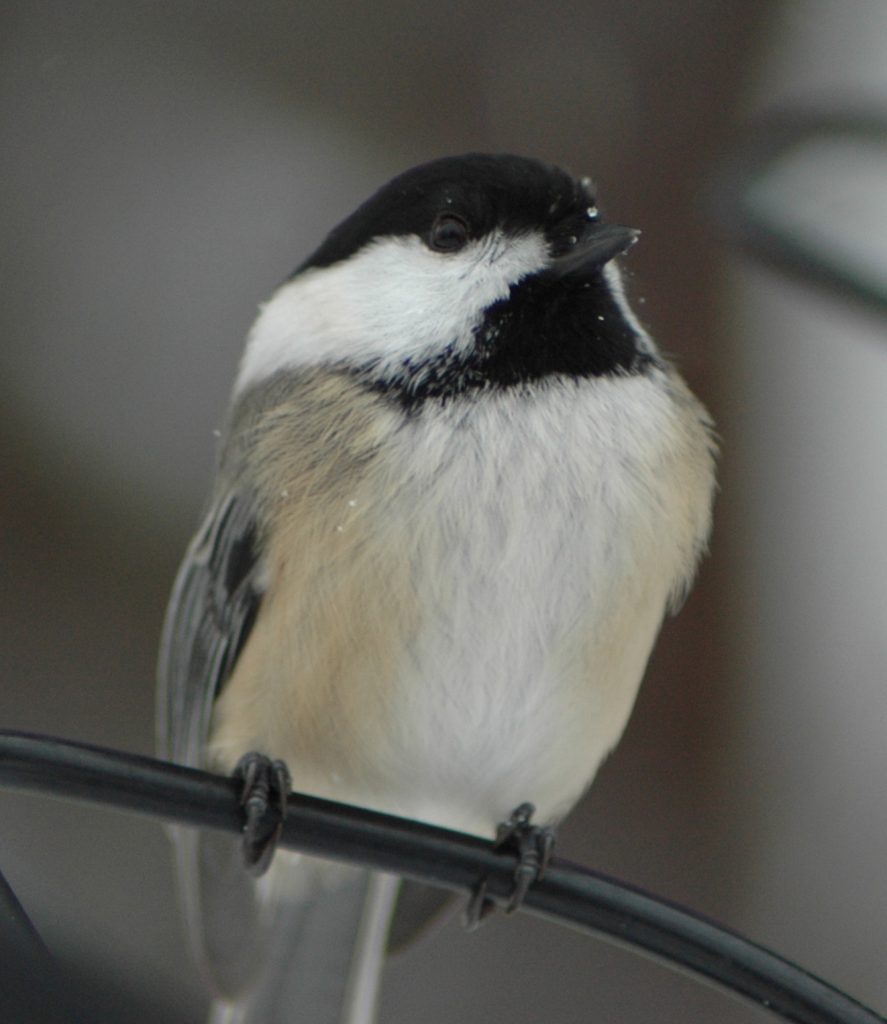 Within the next month, listen for Chickadees as they begin to switch from their namesake calls to their breeding song – a clear two or three noted whistle.  I like to think of them as saying “Hey Sweetie!”  The shorter version has the first note higher pitched than the second and can be described as “fee-bee”.

Cavity nesting birds that are resident to this area will sing early as they begin to nest earlier than the migrants that will arrive later.   In addition to the Nuthatch and Chickadee, you may be lucky to have a Tufted Titmouse pair in your area.  Listen for their very loud call which sounds as if they are saying “Peter, peter, peter” or some variation on that sequence. 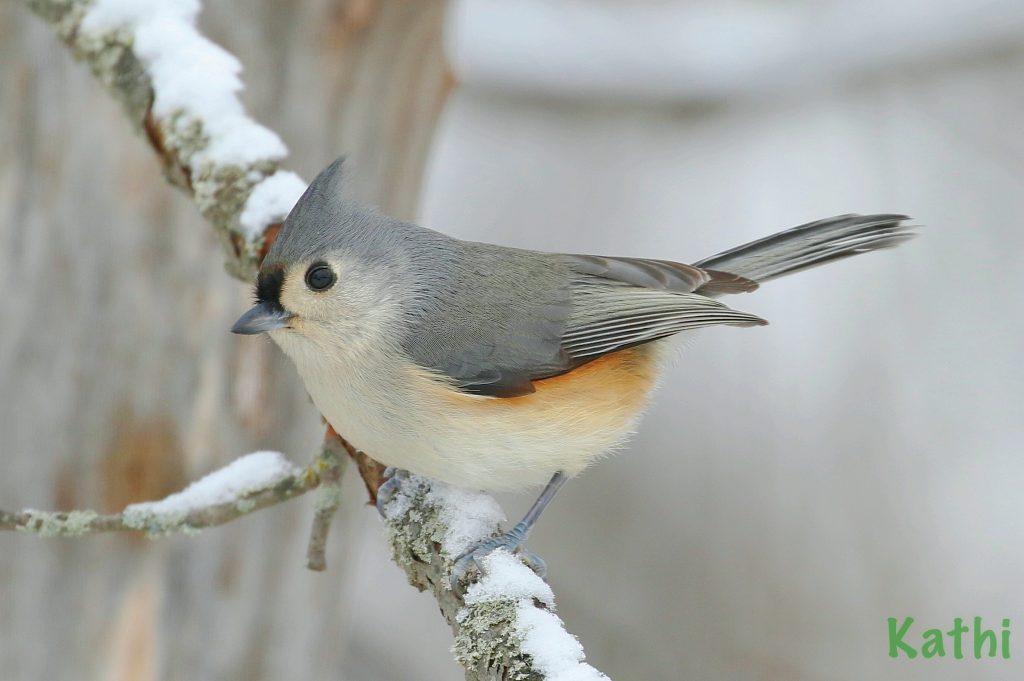 Other cavity nesters include all of our resident Woodpeckers including Downy Woodpecker, Hairy Woodpecker and Red-bellied Woodpecker.  Each of them has a distinctive drumming sequence.  This drumming takes the place of singing in Woodpeckers.  I have a snag on my oak tree that has been hollowing out over the years.  The Downy Woodpecker has figured out that it resonates well when he drums on it, sending out his signal loud and clear.  These parts of trees provide a great service for those birds – consider keeping dead branches, trimmed down to a few feet for safety. 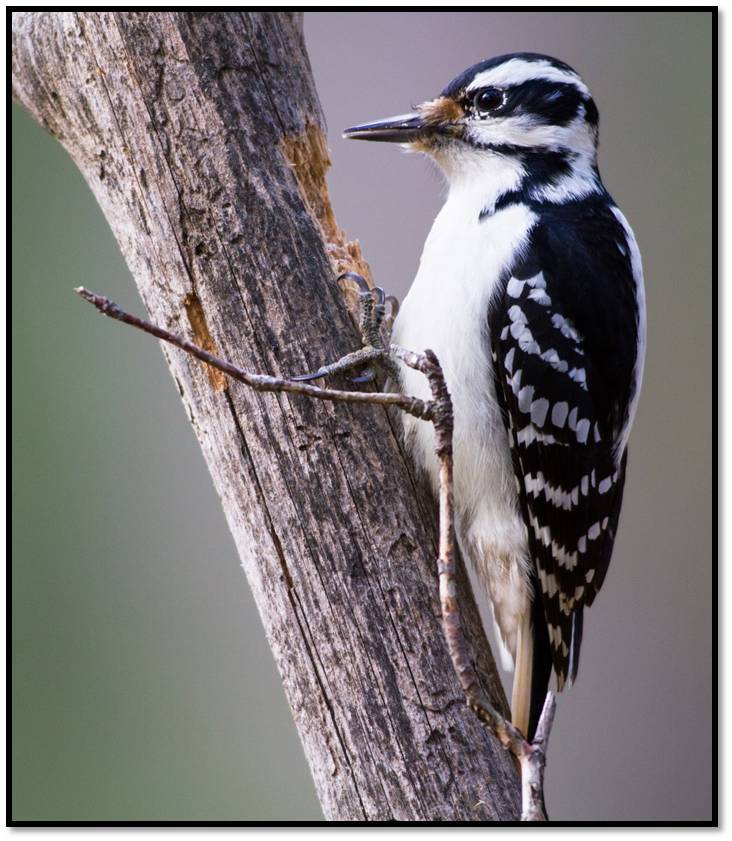 In the months to come, migrants will begin to arrive and their songs will fill the air.  For now, I am content to listen to the resident birds who make my heart sing early in the year with the chords they strike within my soul.