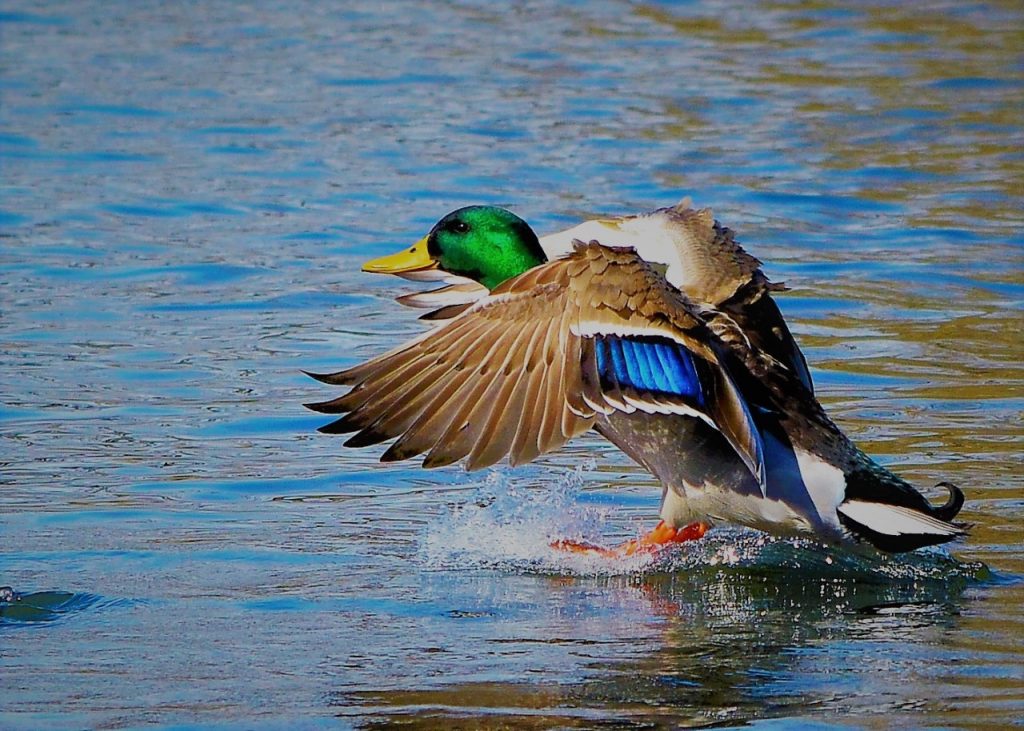 Although common in our state, the Mallard Duck male is anything but common in appearance. He is eye-catching with his bold green head, bright yellow bill and equally bright orange legs. He also has a splash of iridescent blue in the wings (on the speculum). By comparison, the female is plain in coloration. This helps her stay concealed for safety during nesting.

My granddaughter, Isabelle, has helped me see Mallards in a re-energized light. She’s so captivated, she’s drawn and written poetry about them. I am grateful these ducks are so common. This makes it easy for her to observe them in the fresh water ponds near her house. 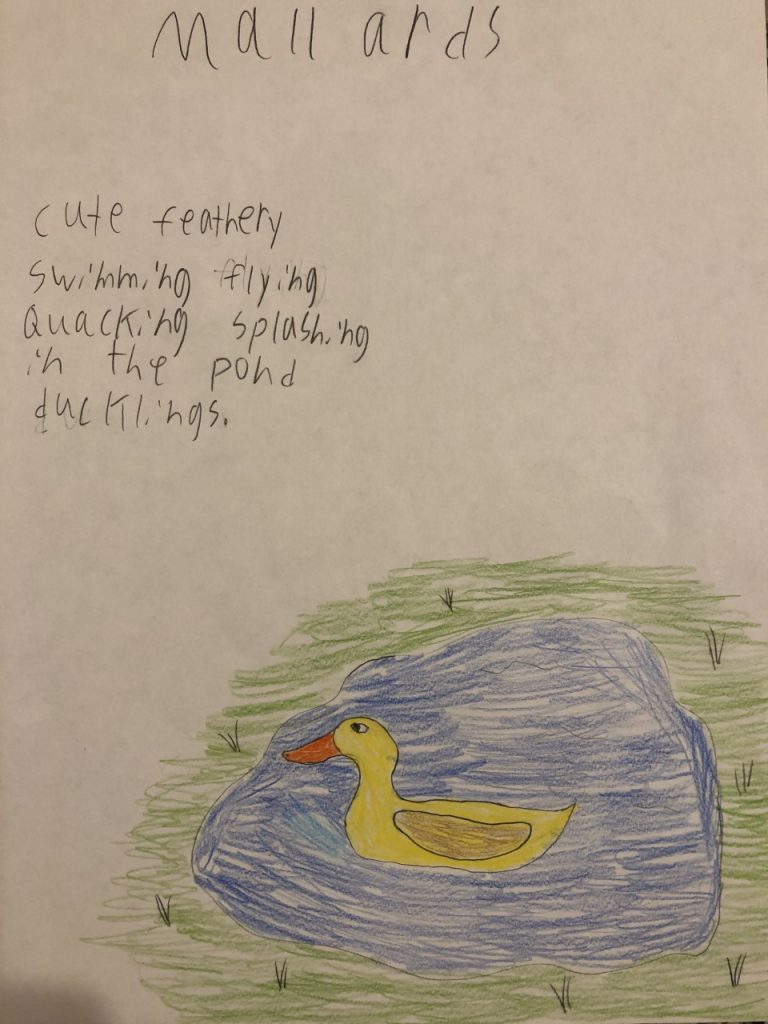 A Poem & Drawing by Isabelle

The Mallard is a dabbling duck, meaning it does not typically dive for food. Instead, Mallards tip end-up and uses their beaks to grab plant food. They will also eat insects, mollusks and crustaceans. Mallards dive for food when needed, although their bodies are not built for this. Their legs are positioned in the middle of their body, which is not ideal for diving. Diving ducks, on the other hand, dive freely with legs near the back of their body.

The “quack” you hear is from the female, as the male gives a quieter, raspy sound.

At the end of breeding season, Mallards lose their flight feathers and cannot fly for 3 to 4 weeks. During this time, they gather in groups in sheltered places as their feathers regenerate. Their body feathers molt during this time into a less striking plumage called “eclipse” plumage.

Many hunters target Mallards for sport. It was hunters who discovered the oldest known Mallard. The bird had been banded in Louisiana in 1981 and was shot in Arkansas in 2008, making it at least 27 years old.

A Place in the Ecosystem

Mallards play an important role in creating habitat. In a recent article published by Audubon, a scientist revealed his discovery of their eating habits after tracking their movements. As the article states, Mallards use the landscape as one big buffet. They will eat plants in one place and as they travel throughout the day, they excrete these seeds into areas sometimes as far away as five miles. This creates habitat, maintaining existing patches of healthy plant communities and creating new habitats. Read the full article here https://www.audubon.org/news/mallards-are-everywhere-and-thats-great-wetlands

Enjoy these ducks as much as Isabelle does, as they return to Michigan from their wintering grounds in the months to come.