It was a happy day when David Oliver stopped in at Wild Birds Unlimited in Grosse Pointe Woods to show me the photos he had taken of the Cliff Swallows at local Parcells Middle School.

I hadn’t heard about these birds so I stopped at the school on my way home to see them for myself. What little beauties, flying about together for insects, their young waiting in the colonial nests these birds build. 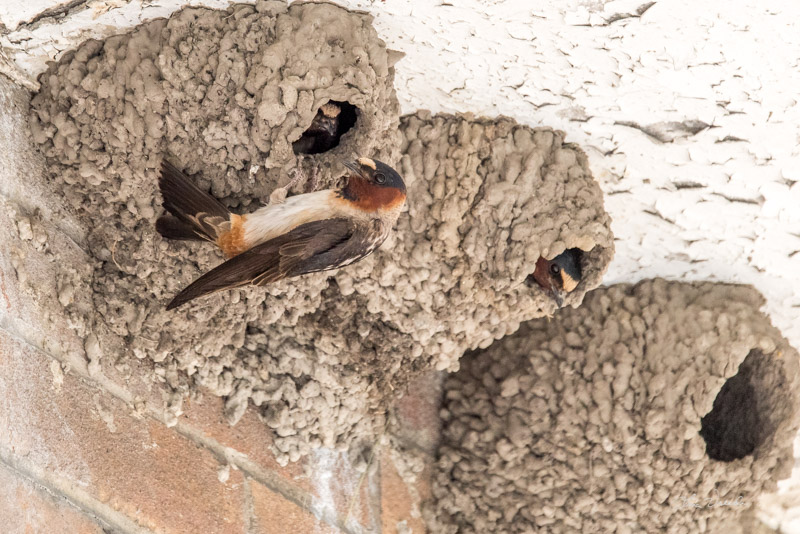 Cliff Swallows are one of the birds that have adapted to changes humans have made by building their mud nests on bridges, overpasses and many other brick surfaces. Cliff Swallows use their beaks to gather mud, using about 1,000 blobs to complete their nest. The reasons for nesting in colonies including more birds alert to potential dangers that can alert the group, and more scouts for food supplies. One such danger includes House Sparrows invading and taking over Cliff Swallow nests. 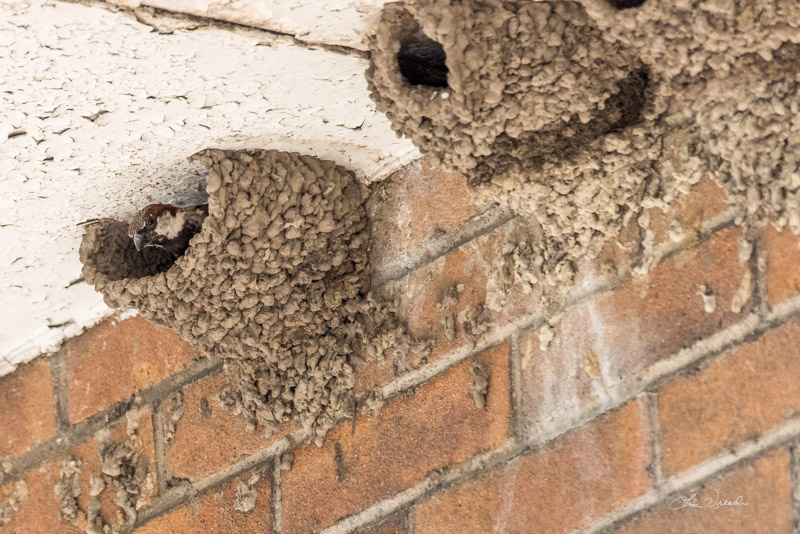 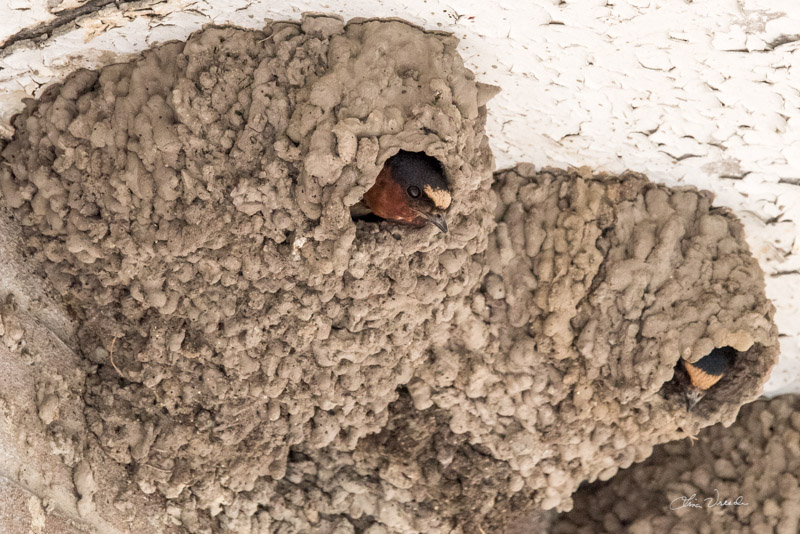 Swallows always catch their insect prey while flying, which can be referred to as hunting “on the wing”. Cliff Swallows eat flying insects all year round, foraging above grassy pastures, plowed fields, and other open areas, but also over floodplain forests, canyons, and towns—often taking advantage of thermal air currents that bring together dense swarms of insects. I imagine the fields at Parcells and the Lochmoor Club offer a good habitat for the insects they seek including flies, bees, wasp, ants, beetles, lacewings, mayflies, butterflies, moths, grasshoppers, crickets, dragonflies, and damselflies. Cliff Swallows tend to forage higher in the air than Barn Swallows, which can be seen skimming just above the ground, especially behind the lawn equipment which causes insects to flush. 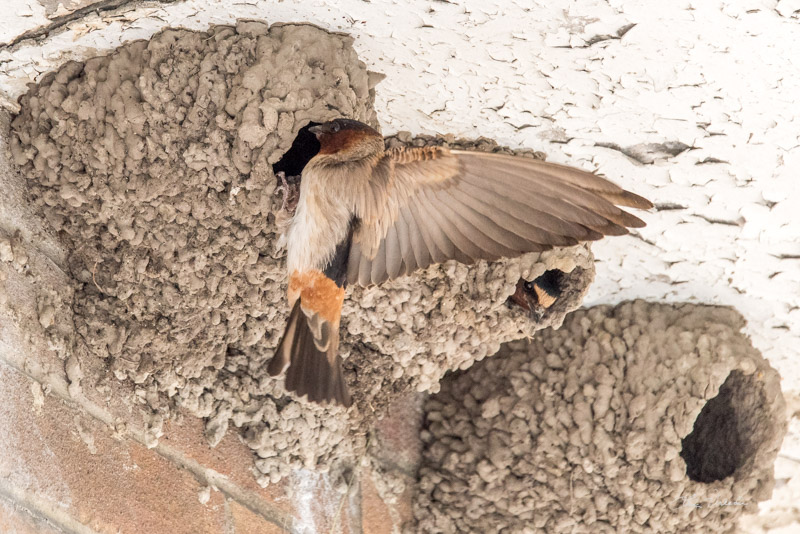 Cliff Swallows preen their plumage, feed, drink, and bathe in groups, and they continue sticking together in large flocks during migration and on their wintering grounds. These beautiful swallows will be here only for the summer as they will migrate back to a place where they can find insects the rest of the year, in southern South America. Cliff Swallows migrate during the day at a low altitude and feed during migration. 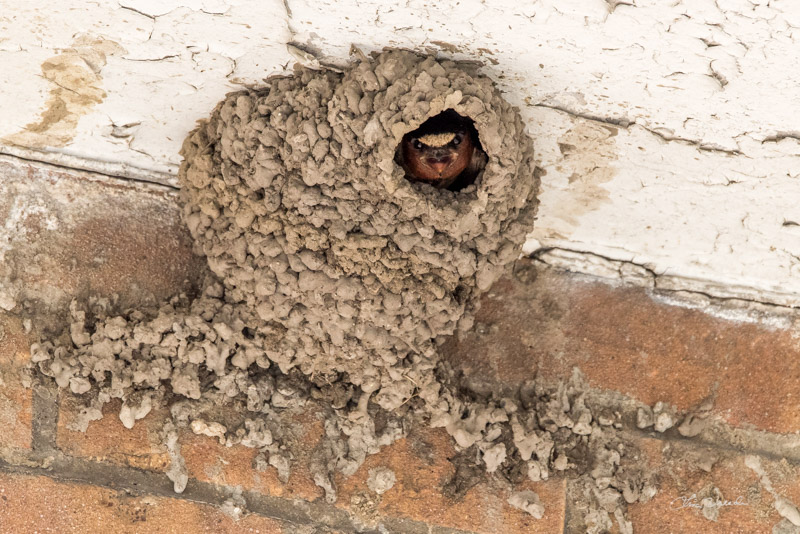 Click the link below to check out an AMAZING video by Cornell Lab of Ornithology, featuring Cliff Swallows building their mud nests… how cool is that!