The first week of March saw a return of Red-winged Blackbirds into the state, the first wave of this migrant.  These early arriving males hope to find the most suitable areas to stake out as a breeding territory.  Their bright red shoulder patches, known as epaulets, are used to add emphasis to the song they sing.

Territory is proclaimed by Red-winged Blackbirds singing from atop prominent perches. Their song has been described in many of the field guides as “kong-a-ree” or “konk-la-ree”.  I like the version offered by my friend Jeanne.  She lived on a property that was mostly field with edges of shrubs and trees, perfect for the male Red-winged Blackbirds that had successful nesting sites.  Jeanne felt they were saying “It’s my treeee!” as they leaned forward and made themselves quite noticeable from a conspicuous perch.

Red-winged Blackbird males spend a quarter of the day defending their territories.  Chasing is a major activity, with males chasing other males out of their territory but also chasing after larger “predators” including humans.

When taking a break away from display, Red-winged Blackbirds have no need to show their red shoulder patches.  Their wings are folded tightly against their body, with their breast and back feathers covering the red shoulders.  That’s when we may notice the light yellow feathers called the median coverts, showing as a small crescent on each wing.  Other than the wing color, male Red-winged Blackbirds are black all over, beak and legs included. In good light you can see the outlines of feathers edged in brown, a great way to study feathers.  Their glossiness is beautiful in the sunshine. 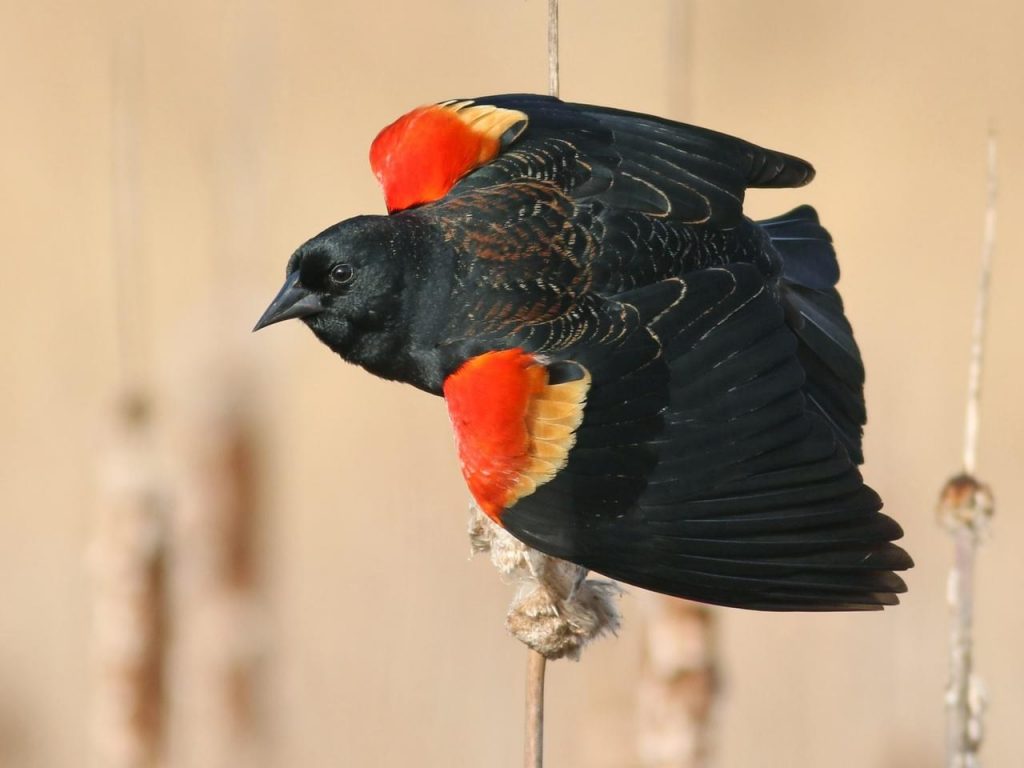 Females look quite a bit different with heavily streaked breasts, a noticeable buffy colored eyebrow and throat with a warm brown color on the back.  The females have a salmon colored wash over their face and throat. 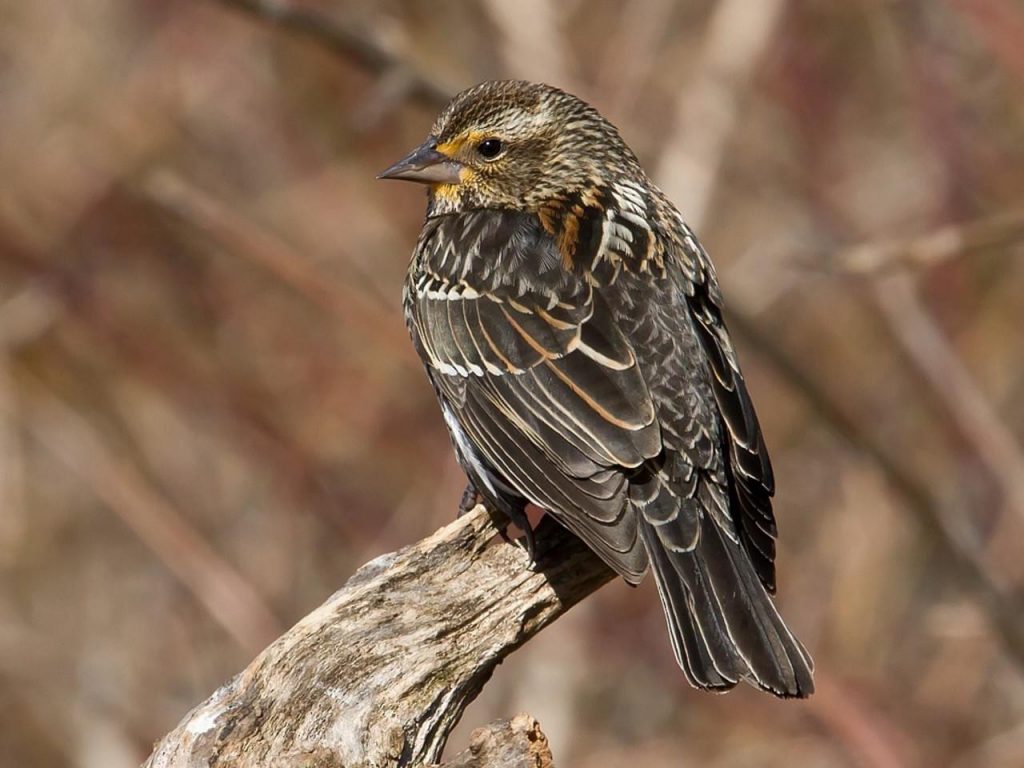 The territory of Red-winged Blackbirds consists of plants that would allow for the construction of a nest hidden away near the bottom of cattails or grasses and sometimes using small shrubs and trees. The females are the nest builders, winding stringy plant material around upright stems, lining the nest with wet vegetation, decaying wood (think mulch), adding a layer of mud and then topping it with fine, dry grasses.  One nest picked apart by a naturalist in the 1930s had been made by weaving together 34 strips of willow bark and 142 cattail leaves, some 2 feet long. When finished, a typical Red-winged Blackbird nest is 4 to 7 inches across and 3 to 7 inches deep.  Ornamental grasses in our landscapes have provided great habitat for these birds. 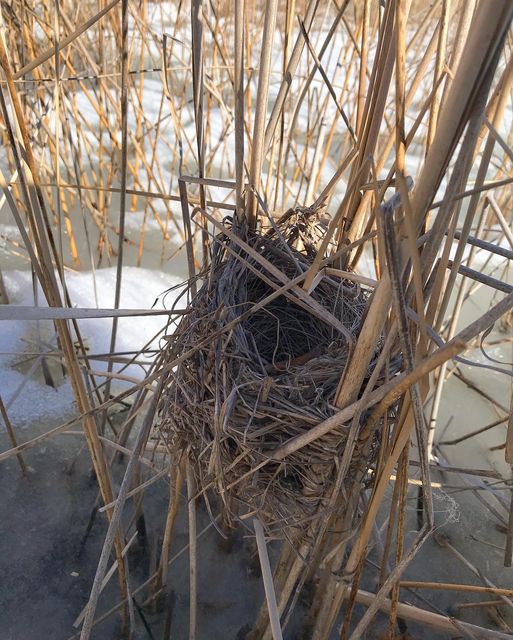 Male Red-winged Blackbirds have a lot to defend as they may have as many as fifteen females within their territory.  They will mate with all of them and so will the males from the surrounding areas.  Studies have shown that ¼ to ½ of the young in a males’ territory are sired by a male other than him.

Insects make up the majority of Red-winged Blackbirds diets in the summer, supplemented with seeds.  They are adept at using their pointed bill to probe and open aquatic plants in order to reach the insects inside.  Our large fields of grain are a boon to their population as they supply a bountiful food source throughout the winter.

Red-winged Blackbirds will visit bird feeding stations with a preference for millet.  They don’t prefer safflower seed.  Mixes that contain corn, milo, wheat and other agricultural excess seeds are very attractive to them.