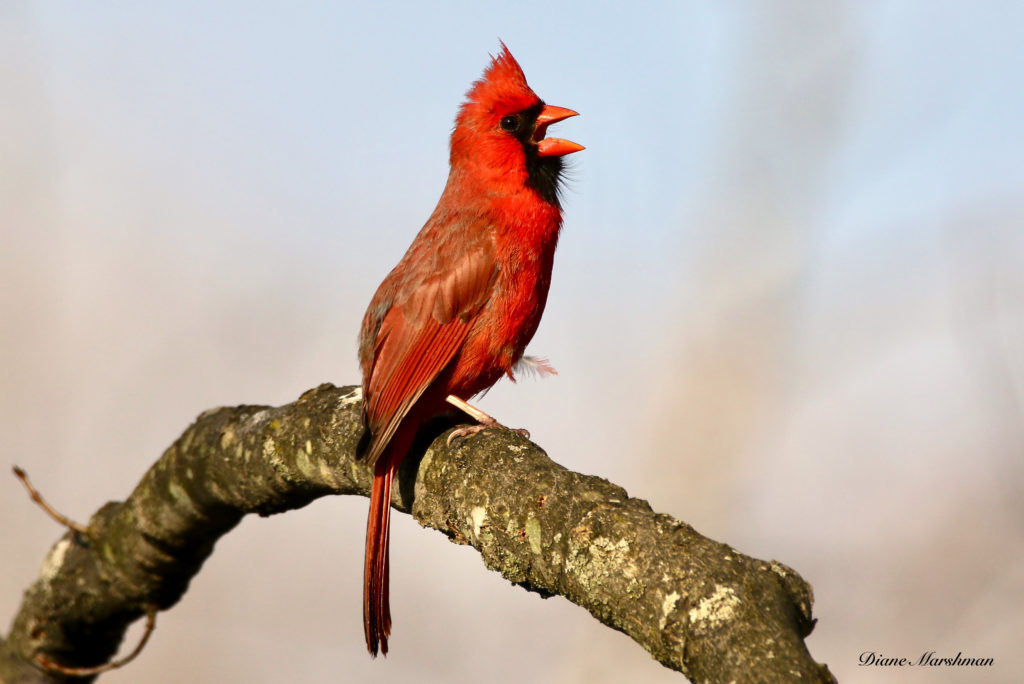 Nesting for Northern Cardinals begins with the male claiming territory.

Each year, I anticipate him singing in my yard, with the soonest date I have recorded being January 19th.  That’s right, that early in the year.  Why is that?

Northern Cardinals do not migrate.  Being permanent residents, they can begin the nesting process early and choose the best nesting sites.  The song of the Northern Cardinal is extremely varied.  Sometimes, it starts with clear whistles that may have a few second in between them – “Cheer, cheer, cheer”.  Descriptions from field guides vary in how they describe the songs of Cardinals including “Birdie, birdie, birdie” and a much longer song “wooit, wooit, wooit, wooit, chew, chew, chew” where each “wooit” swings up and the “chew” swings down.  When he changes from high to low, the Cardinal starts with his right voice box and then the left, and you wouldn’t know it wasn’t a single whistle as opposed to coming from two voice boxes.  For rising sounds such as the “Wooit” the song starts left and then finishes right. 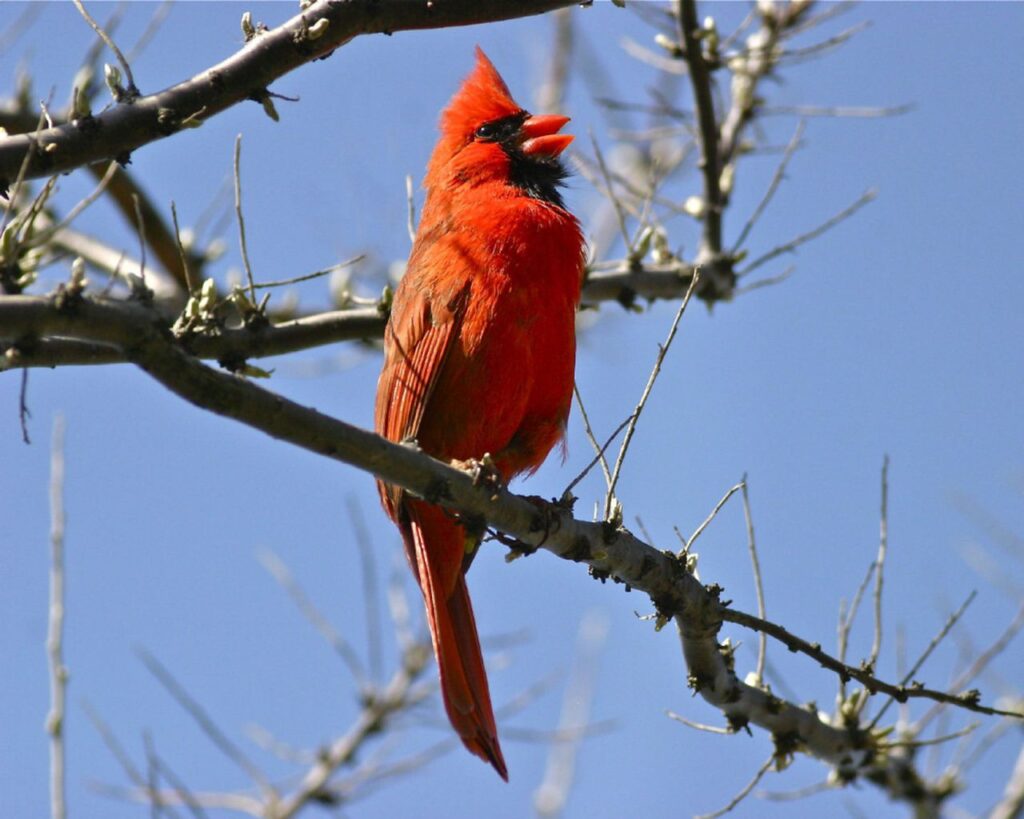 I have witnessed the male in my yard song one song from the top of the crabapple, and then fly to the birch where he starts with a completely different song, finishing on the neighbors’ maple with yet a third song of his choice.  Excellent entertainment for our ears.

Just to make Cardinal song more exciting, female Cardinals sing with their males, usually from the nest.  More about that nest to follow.