This time of year can be so relaxing and rewarding in our yards because of the changing bird activity.  The number of Hummingbirds reported here at Wild Birds Unlimited in Grosse Pointe Woods  reveals that there is a good population of them in many yards.  This is their time of year to fatten up at feeders and flowers as they make their way back to Mexico or in some cases, as far south as Costa Rica.  Hummingbird feeders should be kept up through mid-October, the latest date that we get reports of  hummingbirds. 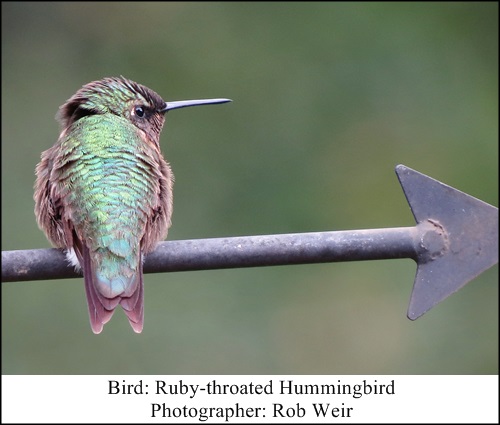 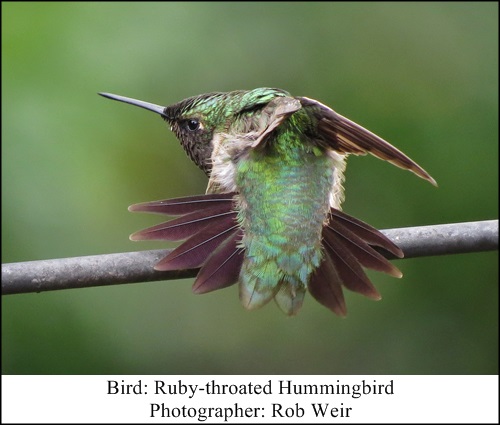 Goldfinch numbers also swell as youngsters accompany their parents, making their presence known by the constant “chippee, chippee”, their begging call for food.  In many yards, feeders have every perch taken by a Goldfinch.  In the tall coreopsis and the woodland sunflower that grow in my yard, the Goldfinches gather by the dozens to gorge themselves on the bounty of seeds that are now available on these flowers. 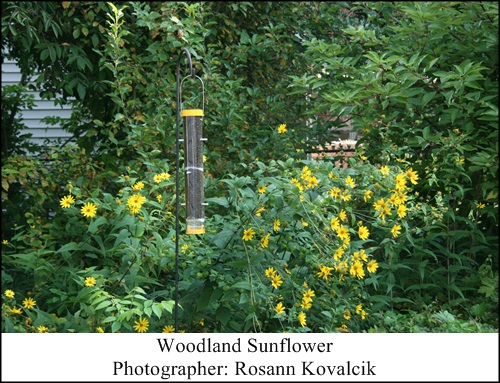 Blue jay vocalizations are also more prevalent as they begin their southward journey.  I always hope that a few will decide to make my yard a part of their winter habitat.  Just the opposite of the increasing blue jay screams, most of the resident birds have become silent.  The Cardinal still sings early in the morning, but only then.  No more days filled with the songs of the Robins, interspersed with the “coo” of the Morning Dove and the “fee-bee” of the Chickadee.  The Chickadees are still vocal but in a different way.  Their territorial call has been replaced with contact calls.  Now we hear “dee-dee” or “chickadee”, which are both sounds Chickadees use to let the rest of the flock know their whereabouts.

Did you know that the more times a Chickadee uses the “dee”, the more urgent is the message to the rest of the flock?  When I was outside very early the other day, I heard a chorus of “dee-dee-dee-dee-dee” being repeated more than once, and from more than one bird.  I could also hear the raspy alarm calls of the Baltimore Orioles that were just at the feeders.  Then the Blue Jays joined in and that’s when I knew this was serious. 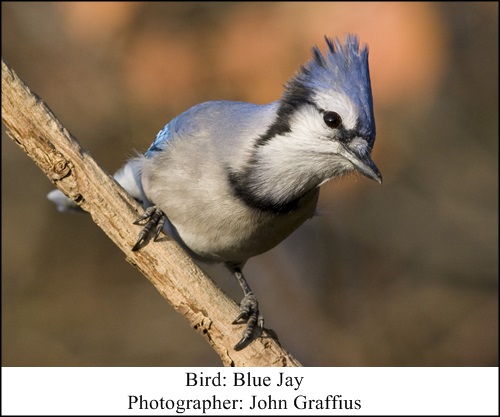 My experience tells me to follow these alarm calls, binoculars in hand.  I located the place where the birds were frantically calling and flitting about.  I began to scout each branch in the tall oak in front of my house.  Sitting all huddled up as if to say “Leave me alone!” was an eastern Screech Owl.  How cool is that.  The poor thing endured many more minutes of scolding.  When a light drizzle started, all of the songbirds scattered as if they were concerned over getting a little wet. 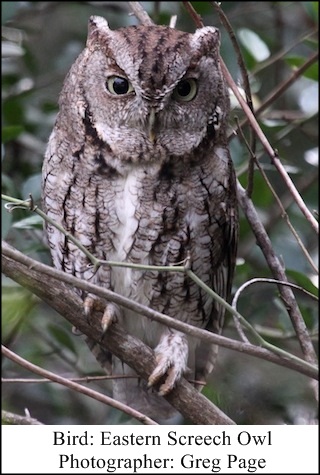 With the cooler temperatures that we have been having this August, I have been sleeping with windows open so that I can greet the day with the sounds of birds.  Promptly at 6:50 each morning, a number of Orioles begin to verbalize – beautiful clear whistles accompanied by their chatter.  I’m sure some of these are siblings arguing over the mounds of jelly that I put out for them the night before.  What a feast for my eyes to see males and females as well as juvenile plumage. 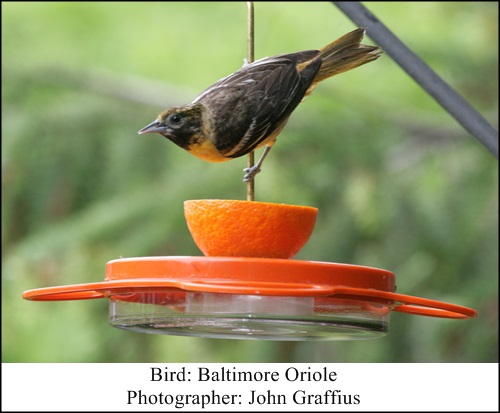 There have also been a number of warblers migrating south this time of year.  Watch for them gleaning insects from the evergreens and deciduous trees.  I’ve had Wilson’s Warbler and American Redstart eating insects as well as visiting the birdbath – the noise of dripping water gets them every time. 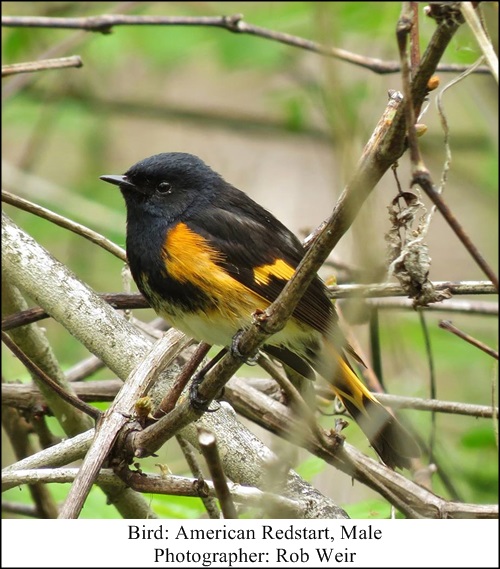 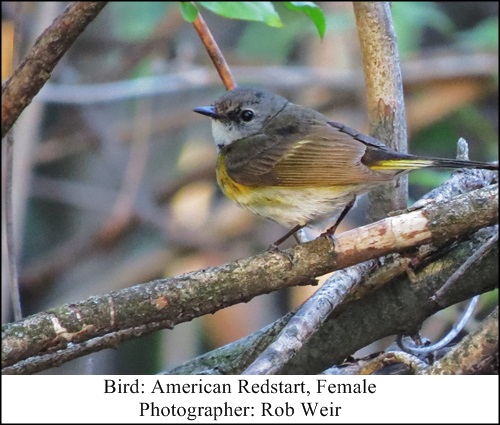 At dusk, some of us may live in an area where we can watch the spectacle of blackbirds gathering in large flocks.  These flocks are comprised of Red-winged Blackbirds, Grackles and Cowbirds.  They usually choose large trees as a roosting area for the night.  It can be interesting to watch them as they drop into the trees and then listen to their version of a nighttime lullaby, which our human ears might label as squawking and screeching.

Take the time to watch for new fall migrants as well as seeing our resident birds settle into fall flocks and fatten up after a hectic summer of breeding.  You never know what you might see.

« House Sparrows – Love them or ?
Prevent Window Strikes – Save our Birds! »