For us humans, bird song is often associated with the coming of spring. With it being a mild winter so far, many are wondering if an increase in bird song is an indication that birds are confused about what season it is. As a matter of fact, this is not the case. In reality, birds are more in-tuned with the cycle of the seasons than many of us are. Their tendency to sing more frequently is a result of incrementally lengthening daylight hours. After December 21st (the winter solstice), the shortest day of the year, daylight begins to stretch out longer. The increased light affects the pineal gland of a bird’s brain.

Located in the center of the brain, the pineal gland produces melatonin, which helps maintain circadian rhythm and regulate reproductive hormones. Melatonin is a simple hormone which is special because its secretion is dictated by light. Its two primary functions are to help control circadian rhythm and regulate certain reproductive hormones. We too produce this hormone, but our modern-day lifestyles often interfere with our response to it. After all, many of us rise before the sun and fall asleep in the midst of the artificial glow of TVs and cell phones, long after the sun has set. Birds, on the other hand, are very much in-tuned with their natural rhythms, and their behaviors change accordingly and responsively.

Simply put, it is longer daylight, not increasing temperature, that prompts the reproductive hormones in your resident birds, causing them to sing.

My earliest record of a Northern Cardinal singing is January 19th. This year is no different, as witnessed by many customers who have reported hearing bird song already. 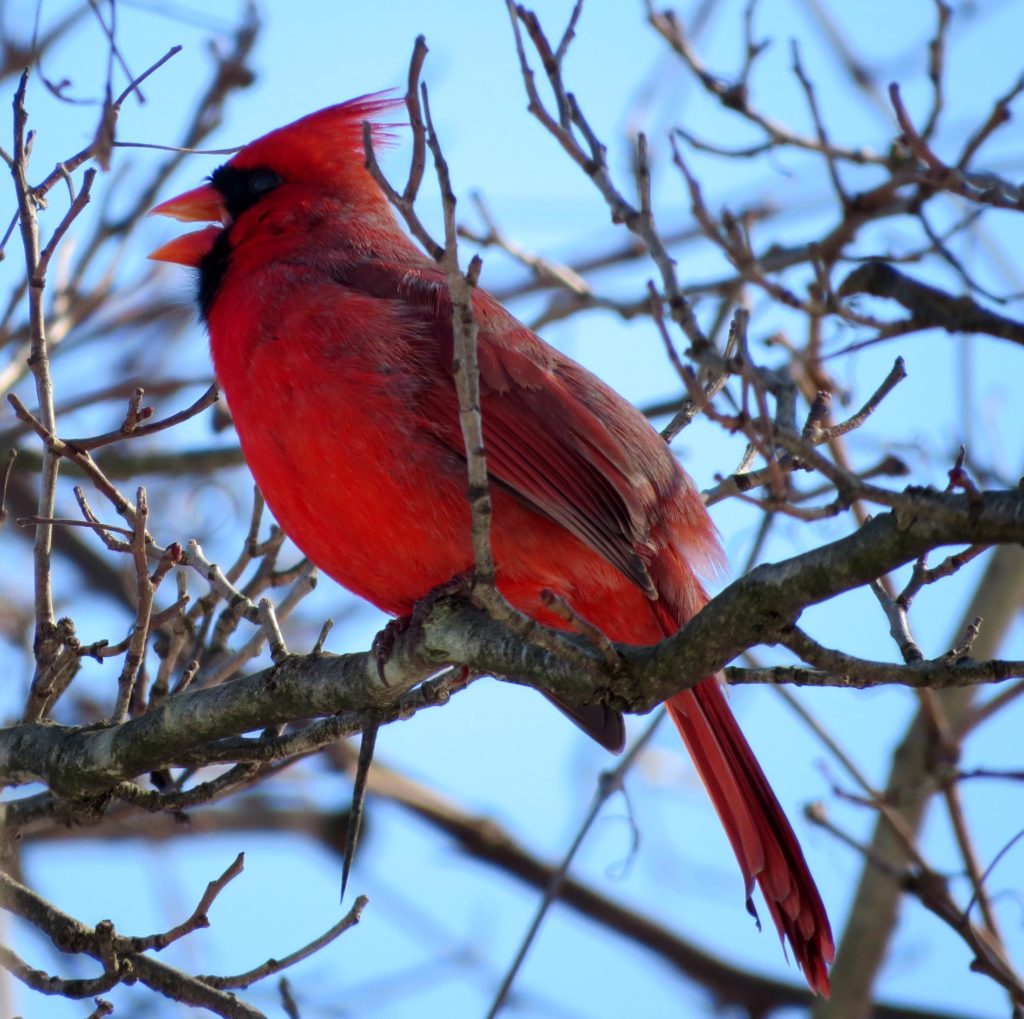 Sending a message loud and clear to his mate from last year, the Cardinal is letting her know he is proclaiming a territory fit to breed in this year. He is also marking his territory with the boundary of song, letting other males in the area know where his space begins, and that they need to heed these markers.

Take a moment to listen to this harbinger of our lengthening days. Bird song is one of the best ways to keep our spirits lifted!